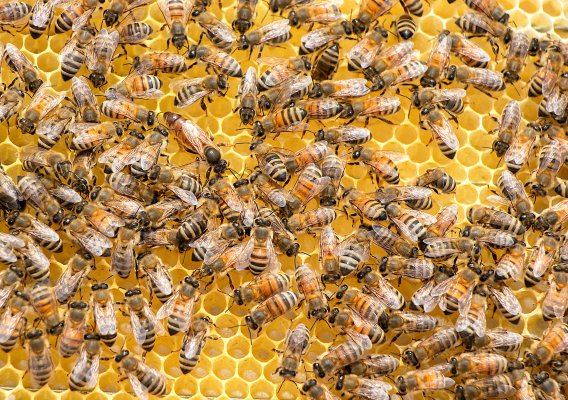 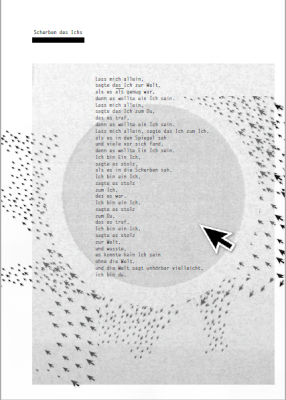 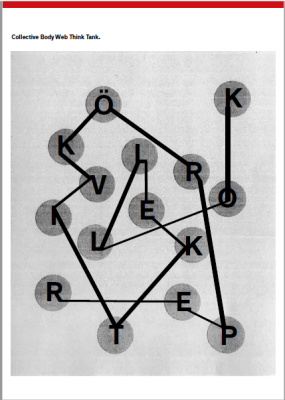 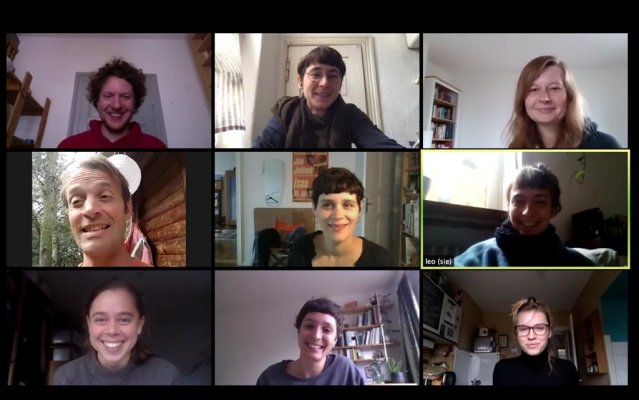 Digital as an audio book
Digital Pad to read it online

buy the real book
In German

Since August, a group of avid thinkers has joined forces with author and dance dramaturge Luise Meier to research and write about the state of the body as is and about thinking in and as a collective body. The resulting material will be presented to the public at the Tanzfestival Rhein-Main in form of a collective publication, which the audience can clink themselves into to join the body of thinkers.

Language, texts and thoughts that deal with the body and movement usually take the individual as their starting point. In view of this individualistically constrained perspective, collectivity seems to allow for more agile, effective, solidarity-based and independent action. Thinking from the perspective of the collective body, the question is whether there is a form of collectivity that links individual experiences, meets needs and expands the scope of agency.

The audio collage and the publication of the KollektivKörperDenkNetzNetzWerkKollektiv workshop will be released on 10 November. The texts and text fragments collected in it have been written, composed, drafted, authored, jotten down, inscribed, superimposed, transcribed, scribbled jointly, collectively, singularly, by and with participants of the workshop Kollektiv- KörperDenkNetzWerkWerkKollektiv in congruence, in opposition, in collaboration, in cooperation, in parallel, in reaction to each other in the weeks between 15 August and 10 November 2020.

In addition to regular zoom meetings, the medium of collective writing was a digital pad, where the participants met and on which they inscribed themselves into the collectively created body of text. For the writing itself, the only rule was not to delete the texts of others. All sections of text were created anonymously and individual writers and moments of writing could only be distinguished from each other as colours.

For the present publication, individual parts of the text corpus were collectively selected and handed over to artist Caroline Böttcher for graphic interpretation. The individual pages can be detached from the stack and rearranged, or enhanced, contradicted and annotated with ideas that enhance, contradict or agree with the writings.

The KollektivKörperDenk- NetzWerkKollektiv is also currently developing an audio collage of the text corpus together with sound artist Vera Pulido, which will be released in form of an audio book.