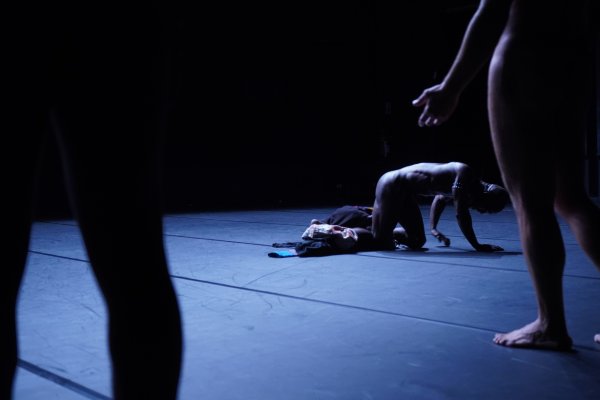 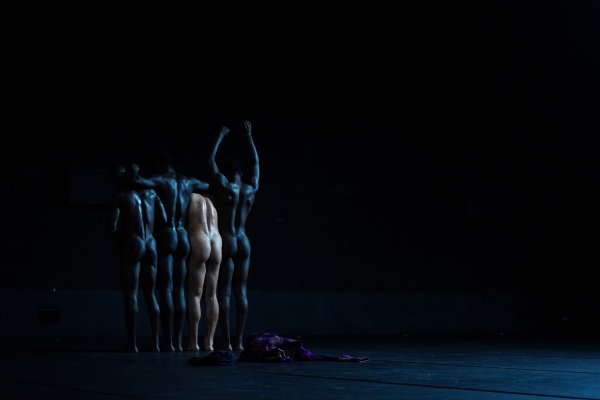 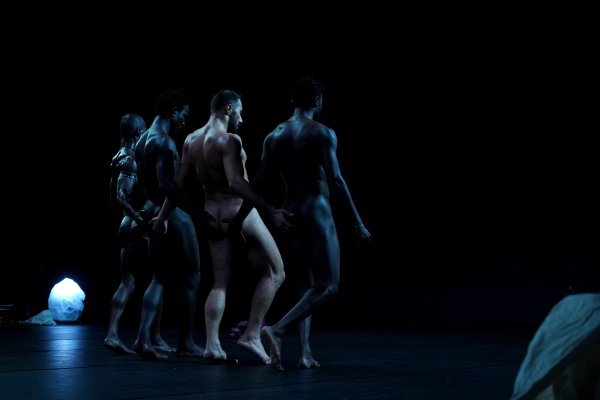 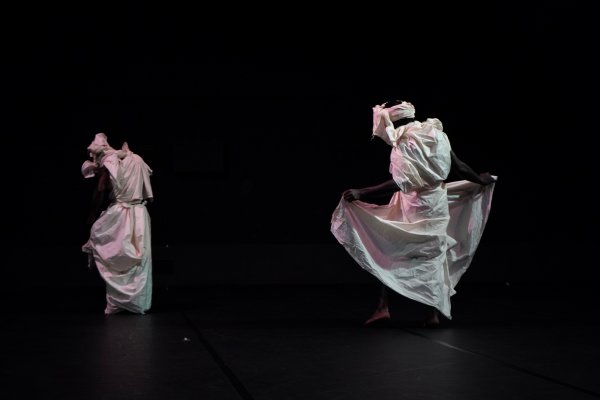 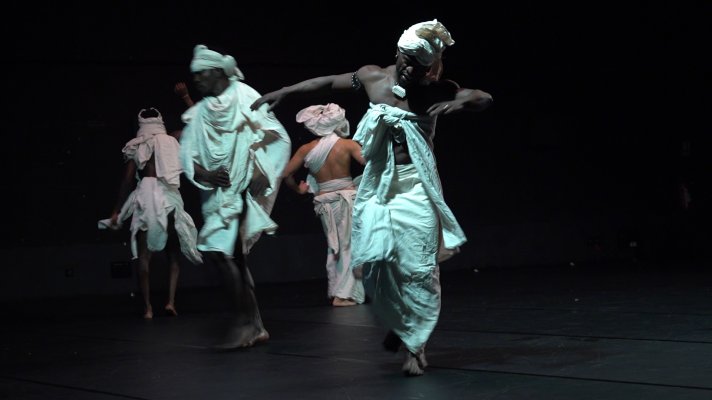 In L‘Homme rare the French-Ivorian choreographer Nadia Beugré turns gender on its head. The five male dancers sashay sinuously across the stage – some in high-heeled shoes, some in backless costumes, mostly relatively naked. The choreography lives from dance techniques and styles that are generally seen as female. Like the funk carioca and the passinho, which are characterized by sweeping movements of the hips and pelvis.
While the performers’ faces remain hidden, Beugré’s piece sets up a game that entirely calls attributions of gender into questions and subjects the viewers to their own voyeurism. Themes of gender identity have always played an important role in Beugré’s work. With references to the slave markets of the Ivory Coast, in L’Homme rare she also considers the European view of Black physicality and examines how we all make judgements about other bodies.